This article was written by Dr Mackenzie Graham and first appeared on the Nautilus website.

This article was written by Dr Mackenzie Graham and first appeared on the Nautilus website. Read the original article.

When Adrian Owen, a neuroscientist at the University of Western Ontario, asked Scott Routley to imagine playing a game of tennis, any acknowledgement would have been surprising. After all, Routely had been completely unresponsive for the 12 years since his severe traumatic brain injury. He was thought to be in a vegetative state: complete unawareness of self or environment. But, as Owen watched Routley’s brain inside a functional magnetic resonance imaging (fMRI) scanner, he saw a region of the motor cortex called the supplementary motor area—thought to play a role in movement—light up with activity. When he told Routely to relax, the activity ceased. And when he asked Routley to imagine walking around his house, he saw clear activity in the parahippocampal gyrus—a region of the brain that plays an important role in the encoding and recognition of spatial environment.

After dozens of repetitions of these mental imagery tasks, Owen was sure that Routley was conscious. Then Owen went a step further: He asked Routley to answer yes-or-no questions by directing his imagination. Imagining playing tennis stood for “yes,” and walking around his house for “no.” Routely was able to correctly identify himself (“Is your name Scott”—“yes”; “Is your name Mike”—“no”), his location (“Are you in a hospital?”—“yes”; “Are you in a supermarket?”—“no”), the current year (“Is it 1999?—“no”; “Is it 2012?”—“yes”), and the name of his personal care worker, whom he had only met after his accident. He also answered that he was not in pain, and that he enjoyed watching hockey on TV. Routley, it turned out, was not in a vegetative state. In fact, he and patients like him required a new classification, which later researchers would call cognitive motor dissociation (CMD).

One question that Owen didn’t ask Routley was if he wanted to die. It’s easy to imagine how Routley’s life might not be worth living. It might be painful, for example, or mean he could no longer do the things that he wanted to do in life, or involve the loss of his relationships. On the other hand, people who sustain debilitating injuries often report a level of well-being that approximates that of healthy people. Even patients in a locked-in state—total paralysis with the exception of eye-movement—have reported that they are happy with their lives.

As it stands, our appraisal of the subjective states of nonresponsive patients is almost entirely guesswork—and our guesses are often lethal. Thirty-two percent of patients with severe brain injury die in hospitals, and 70 percent of these do so as a result of life-sustaining treatment being withdrawn, often within a few days of their injury, and long before their prognosis is certain.1 In many cases, the decision is made by families and physicians trying to avoid the worst-case scenario, in which the patient remains permanently unconscious. But this means giving up any chance of a good recovery. And some of these patients are actually conscious.

For truly vegetative patients, it does seem clear that life is not worth living. They no longer have the capacity to experience any aspect of life, positive or negative. They are not benefitted by continued treatment, and would not be harmed by having it withdrawn. These patients should be allowed to die. But CMD patients can, in principle, have positive experiences, including pleasure. They can still do things they enjoy, like watching hockey on TV, or even going to the movies.

Another patient, Jeff Tremblay, was incorrectly diagnosed as being in a vegetative state for over a decade before researchers realized, again using fMRI, that he was conscious. Instead of asking him to imagine performing certain tasks, neuroscientist Lorina Naci showed him a short Alfred Hitchcock film. We might not realize it while lying on the couch or sitting in a theater, but following the twists and turns of a film’s plot is a cognitively demanding experience. It requires us to integrate visual and auditory information with our existing knowledge of the world. We need to focus our attention and ignore distractors. We need to interpret behavior and language to know what the characters are thinking.

It also turns out that different people will exhibit similar brain activity in response to engaging stimuli like movies, suggesting a similar conscious experience. Owen and Naci had previously detected a characteristic pattern of brain activity in healthy participants that was closely synchronized to the plot of the Hitchcock film.2 When Naci and her team showed Tremblay the film inside an fMRI scanner, they saw this same pattern of complex mental response.

The ability to distinguish CMD from vegetative patients could save lives worth living. A little less than a fifth of patients who are behaviorally non-responsive at the bedside are CMD rather than vegetative.3,4 Many are removed from life support on the mistaken assumption that they are vegetative. If we had a reliable method to distinguish CMD from vegetative patients, along the lines of the functional neuroimaging performed by Owen and Naci, this would represent a great advance in the care of this class of patient. But it would also only mark the beginning of the story.

Suppose Routley was asked whether he wanted to die, and answered “yes.” What would be the appropriate response? It isn’t clear if a CMD patient retains the kind of sophisticated cognitive capacities necessary to make an important medical decision. How can we tell if they truly understand what the question means? What would be their reasons for answering yes, or no? Would they really mean it?

Decision-making capacity must be judged relative to the decision at hand: A patient might have the capacity to choose what clothes to wear, but not whether or not to take their medication. Generally speaking, the more serious the potential consequences, the greater the capacity required to make the decision. To ensure that a CMD patient had the capacity to make a decision about ending their life, they would need to consistently exhibit full decision-making capacity. 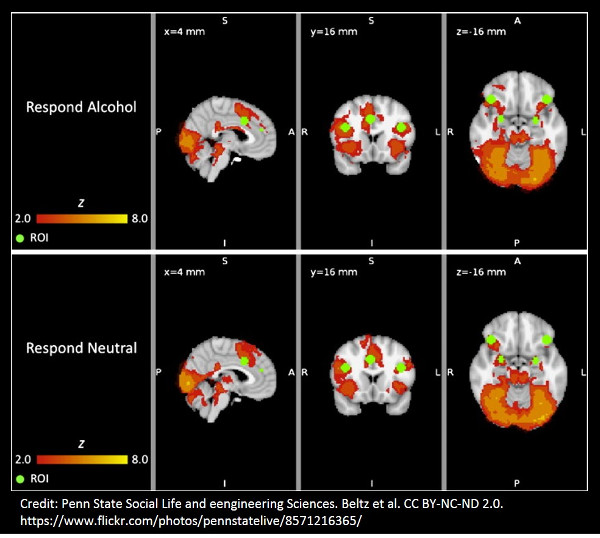 Assessing decision-making capacity requires an evaluation of a patient’s ability to understand, appreciate, reason about, and communicate a decision (“Why did you choose option X, and not option Y?”). This is not currently possible using fMRI. CMD patients who have used mental imagery to communicate required approximately 60 minutes to answer 5 yes-or-no questions, after which time they became exhausted. Moreover, the range of responses available to CMD patients is too narrow to respond to open-ended questions.

Perhaps the decision-making capacity of CMD patients could be assessed, if the means of communicating with them improved. For example, patients could be instructed to attend to a number between one and five while ignoring the others, to choose from a range of responses. This could add a level of detail to communication and contribute to capacity assessment for some kinds of decisions. Selective attention tasks similar to this have been performed with CMD patients using fMRI, but have not been used for communication. But that would probably not be enough to determine if a CMD patient had the capacity to make a life-or-death decision. And, we would still need to be concerned about potential mental disorders, or how emotional factors could be influencing decision-making.

For these reasons, asking CMD patients if they want to die is a non-starter for the foreseeable future. The value of functional neuroimaging applied to CMD patients lies in what it can tell us about their well-being. Improvements in communication could greatly enhance their lives, and provide insight into their experience. It could help others to care for them better, and make their lives worth living by “unlocking their voice.”

The possibility of distinguishing CMD from vegetative patients is another exciting application of new technology, and it raises a second set of ethical questions, to do with cost. According to the Centre for Health Economics at the University of York, 95 percent of vegetative patients are cared for in long-term care facilities (with the other 5 percent cared for at home), at a cost of £90,000 (approximately $119,000) per patient, per year.5 The life expectancy for a young adult vegetative patient one year after injury is roughly 10.5 years, meaning their lifetime cost of care would be roughly $1,250,000.

If functional neuroimaging develops to the point where it can be used to reliably distinguish patients who retain consciousness (including CMD patients) from those who will remain in a vegetative state permanently, it could spare us the enormous expense of keeping alive patients who have no hope of benefiting from extra years of life. These funds could then be used to greater effect elsewhere in the medical system. If early detection of consciousness can be linked to recovery, functional neuroimaging could also help doctors and families in making the difficult decision to treat a severely brain injured patient, or allow them to die.

Currently, fMRI is not a part of standard care for patients with severe brain injury. fMRI is mostly used in a research context, and the $2 million price tag for a new MRI scanner is prohibitive for many smaller hospitals. However, once a machine is in place, the cost for an fMRI scan is only around $500. If life-sustaining treatment were withheld or withdrawn from two permanently vegetative patients, the cost savings would pay for the purchase of an MRI scanner. Electroencephalography (EEG) offers an even more cost-effective and portable option, and has also been used to detect consciousness in behaviourally non-responsive patients.

Given these options, it is hard to argue that we do not have an ethical obligation to apply some kind of functional neuroimaging—either fMRI or EEG—to every patient before they are diagnosed as being in a vegetative state. We have built a tool to reach patients who we thought had been lost forever. We’ve given them a voice; now we have to listen.